On the island of Utila, which borders on the Mesoamerican Barrier Reef system, (the 2nd largest reef in the world after the Australian Great Barrier Reef) you will discover some of the most beautiful beaches, coral reefs, and tropical island sunsets in the world.

With over 100 different dive sites to choose from, including caves and wrecks (such as the famous Halliburton), scuba diving is always interesting and never crowded.

There are numerous species that live in or around the reef system that are endangered or under some degree of protection, including sea turtles.

Most of Utila’s divers frequent sites are on the south side of the island, simply because they are quicker and easier to get to from East Harbour than the north side, and also the waters are more protected and tend to be calmer.

CJ’s Drop Off, at the western end of the reef in front of Turtle Harbour, is famed among divers for the vertigo-inducing coral cliffs plunging straight down into the blue depths. As you descend along the wall, watch for sting rays, moray eels, and hawksbill turtles, and the profusion of giant sponges and hard corals.

Willie’s Hole is a dramatic open cave in the coral wall at around 25 meters, with plenty of pillar and star corals to admire, along with sponges. Blackish Point is a system of caverns and passages in the reef wall at around 20 meters, with encrusted overhangs to check out. The gentle current makes this a good drift dive.

Jack Neil Point and Jack Neil Beach are both great long, shallow dives along the tongue-and-groove formations of hard and soft corals. At the western end of the reef here, sightings of hawksbill and green turtles are common.

Among the many similar dives along the southern wall, each starting in around 4 meters of water and dropping to about 30 meters at the base of the reef, Pretty Bush and Black Coral Wall are two good ones. Despite the name of the latter dive, young black coral is found all along the wall here, as are elkhorn and pillar coral, sea fans, and frequent spotted eagle rays cruising at the deeper sections along the reef wall. 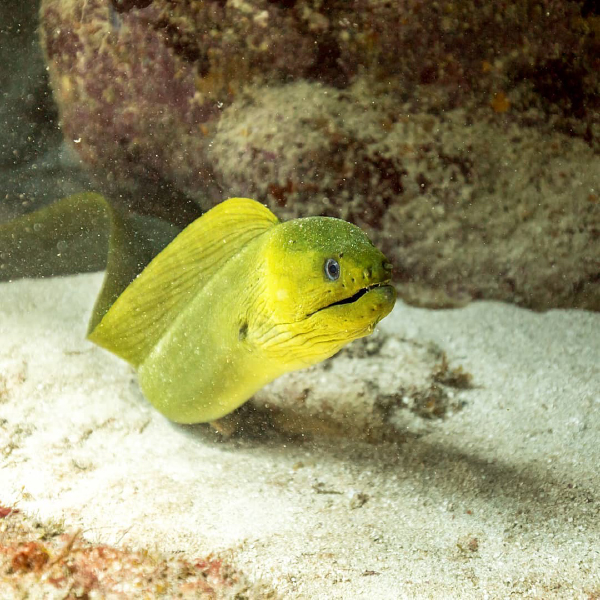 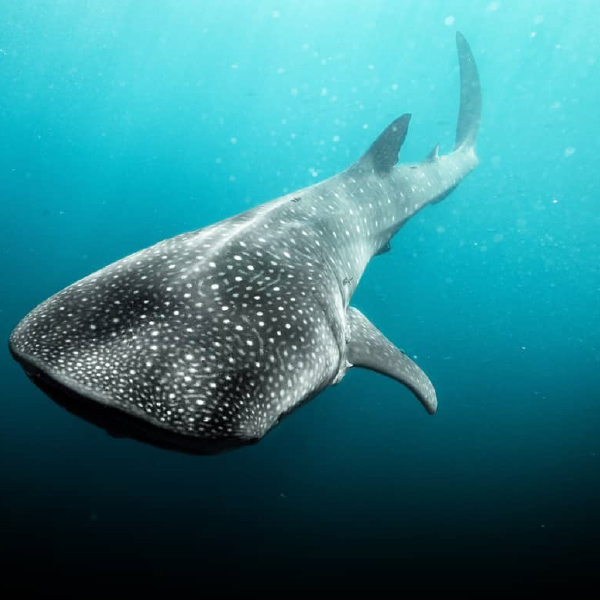 Rhincondon typus, the whale shark, many adventurers travel around the world to Australia or Thailand in the hope of seeing this most amazing of creatures. What most divers don’t realize is that the banks, which lie north of Utila are home to annual rendez-vous of the worlds biggest migratory fishes.

The slow moving Whale Shark is a harmless zooplankton, snapper egg and shrimp eating fish which grows up to 15 meters in length. They are the world’s largest fish and the species originated approximately 60 million years ago.

Imagine preparing to enter the water and seeing a shadow larger than your boat swimming towards you. It can be quite nerve racking, fortunately for divers, these massive fish are filter feeders and do not bother themselves when people swim close by.

Our captains take the time to look for signs of whale shark on every dive trip to the north side of the island to maximize your chances of swimming with one. Please note, whale sharks are seen year round but for the best chance of seeing one, we recommend timing your visit during the most active months of March/April/May and August/Sept/Oct.

If you would like a more private encounter with a whale shark, we can organize whale shark expeditions using one of our powerful speed boats and our experienced boat captains.